Carbonamine – a unique coating made with new patented technology combining the durability of polyurea/polyaspartic with an ingredient made from waste carbon dioxide – is now available to manufacturers seeking to create cost-effective, solvent-free, environmentally friendly coating products.

This novel technology allows the inclusion of up to 18% of waste carbon dioxide, reducing CO2 discharge to the atmosphere. Carbonamine does not contain expensive low-viscosity isocyanates, meaning that coatings can be produced at a reduced cost.

The options for producing a range of coating types using Carbonamine are significant. Applications range from concrete and anti-corrosion primers to UV-resistant top coats, clear floor varnish for protecting decorative systems, and more.

Carbonamine’s performance characteristics include excellent durability, flexibility and abrasion resistance. It can be applied to damp substrates, including concrete, wood and steel, without foaming.

It is also odorless, low-viscosity and solvent free which facilitates ease of application. In addition it is non-flammable which negates the requirement to manufacture in ATEX rated production plants.

Other features include outstanding adhesion to various substrates, from aluminium and steel to concrete. Carbonamine is rapid curing, and will cure at low temperatures down to minus 5ºC, so subsequent coats can be applied in just a few hours. An extended pot life means that some formulas achieve a pot life several times longer than their overcoating times.

Carbonamine has been developed by Richard Foster, the UK-based founder of Xymertec, a manufacturer of innovative resins and coating. Foster said: “It’s well known that alkylene carbonates will react with primary (reactive) amines, and they are used in fast-curing polyurea spray systems and several other similar applications.

“However, only small amounts of alkylene carbonates were previously used in polyaspartic coatings, as it was thought that they wouldn’t react into the resin matrix.

“Additionally, my work on Carbonamine revealed that when a catalyst is used to cause the alkylene carbonate to react into the resin system far larger quantities can be used.”

Foster added: “While large percentages of alkylene carbonates are not usually used in resin systems, Carbonamine employs up to 30 per cent propylene carbonate because it is a readily available, inexpensive commodity product. Alkylene carbonates have a very low viscosity similar to water, meaning that solvents are usually unnecessary.”

Foster plans to make Carbonamine available under license to coatings manufacturers so that as many countries as possible can benefit from this sustainable coatings solution. 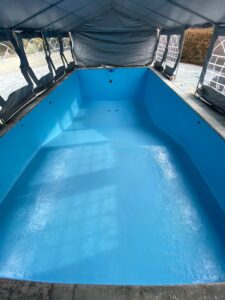 Carbonamine Bell Metal recently used on a swimming pool applied by Brian Duffy and his team at Bespoke Epoxy Solutions. 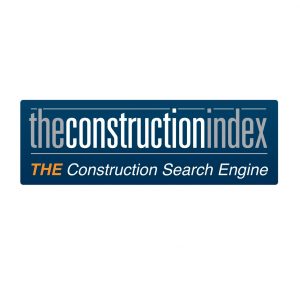 The speciality manufacturer of resin flooring and wall tanking solutions…

DON'T LEAVE US JUST YET